Factolex was created in 2007 by Alexander Kirk and Nader Cserny as a site dedicated to facts which could be organized into individual lexica.

The facts were automatically gathered and processed from a few trusted sources, such as Wikipedia. and offered users to select the facts they thought were most important for a term. This both supplied a ranking for facts across users as well as building up a lexicon of individual definitions for terms by the users.

Below you can see some screenshots of the site when it was live. The site existed in both English and German. 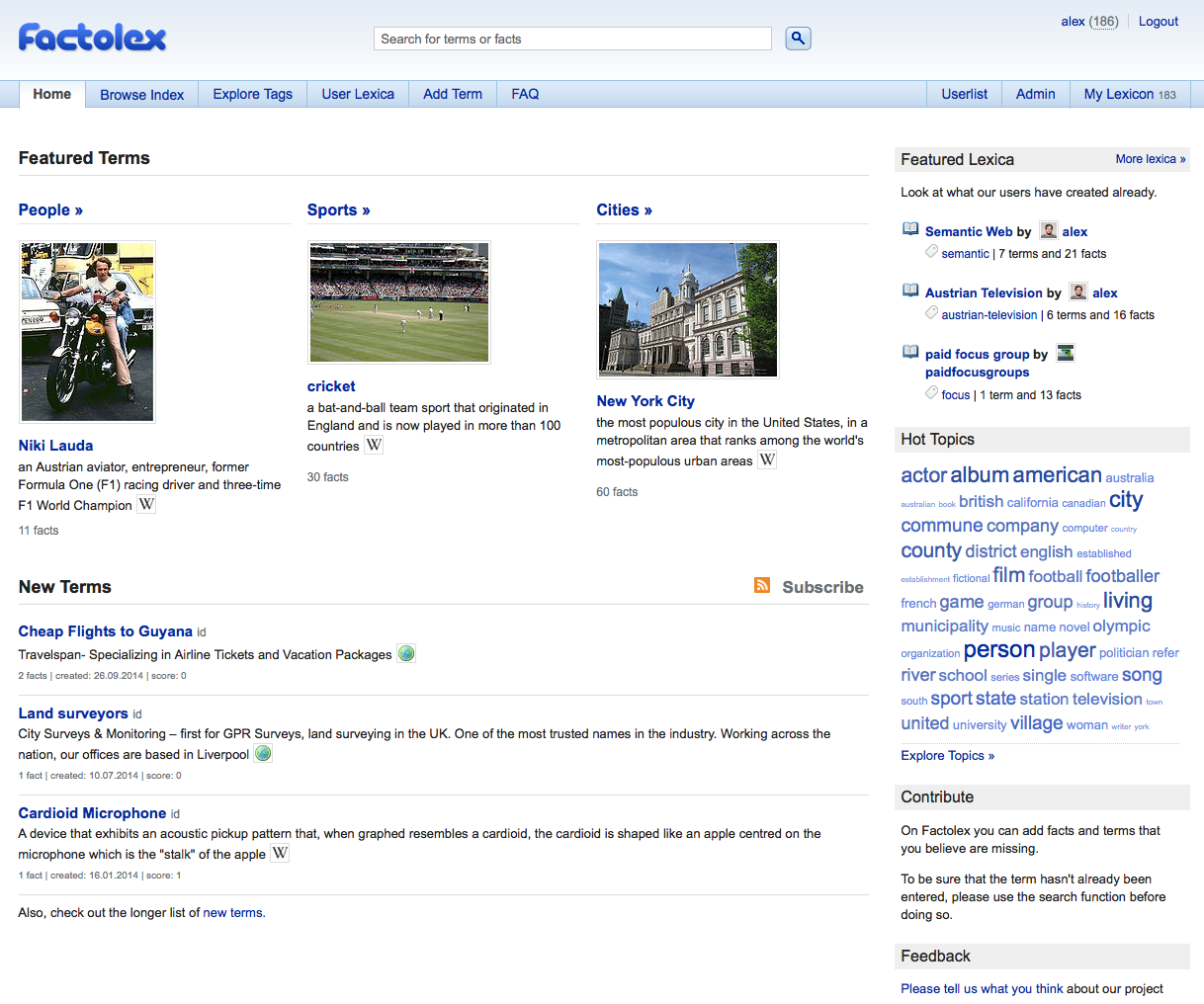 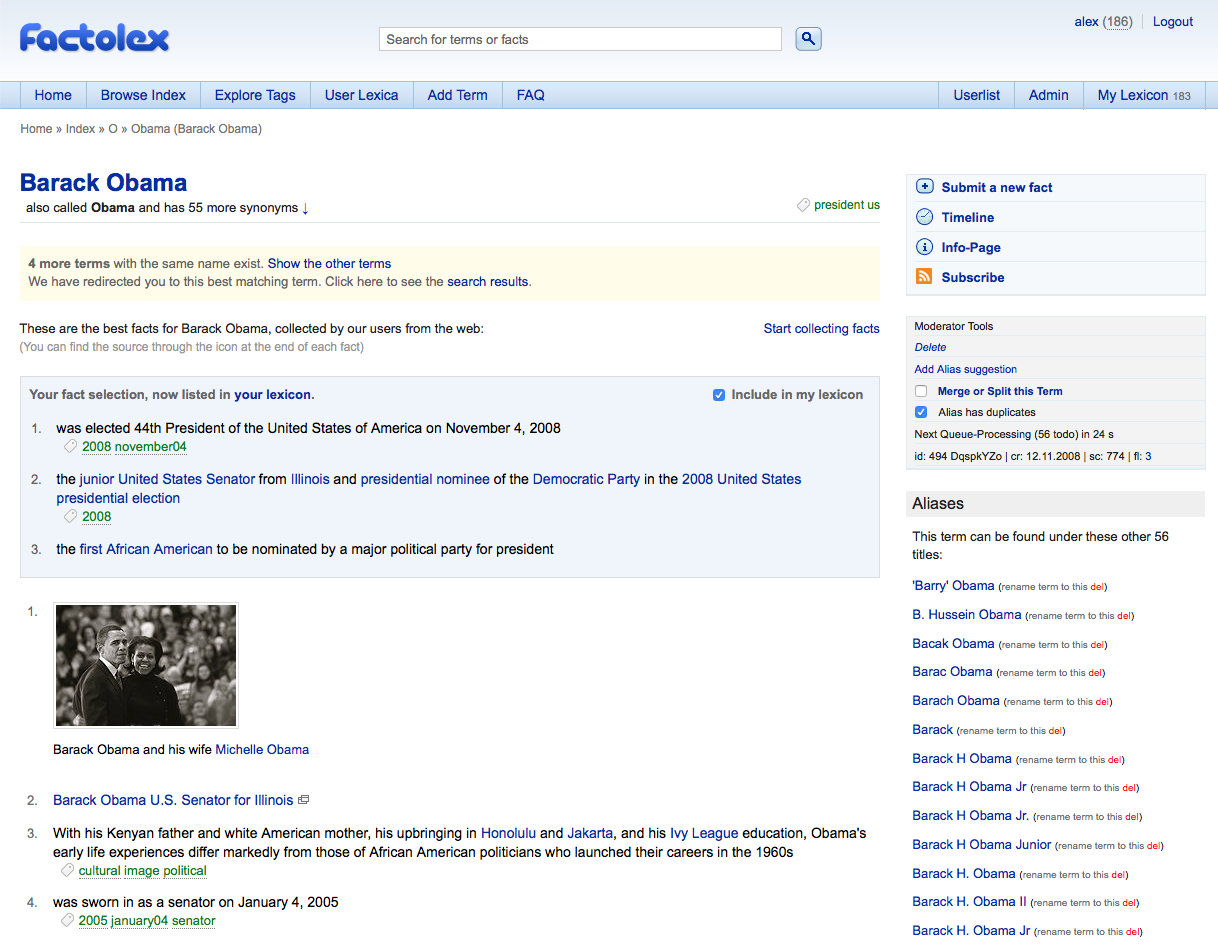 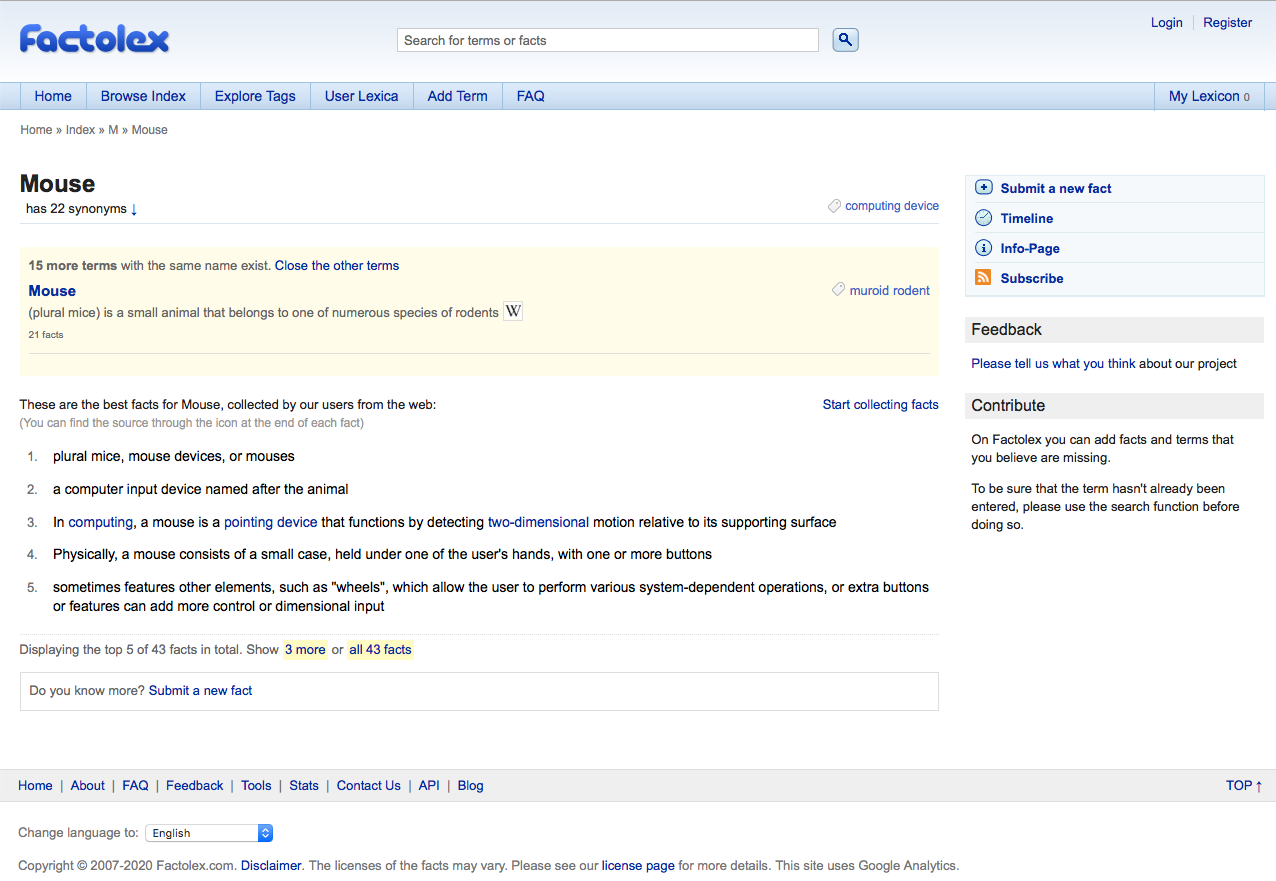 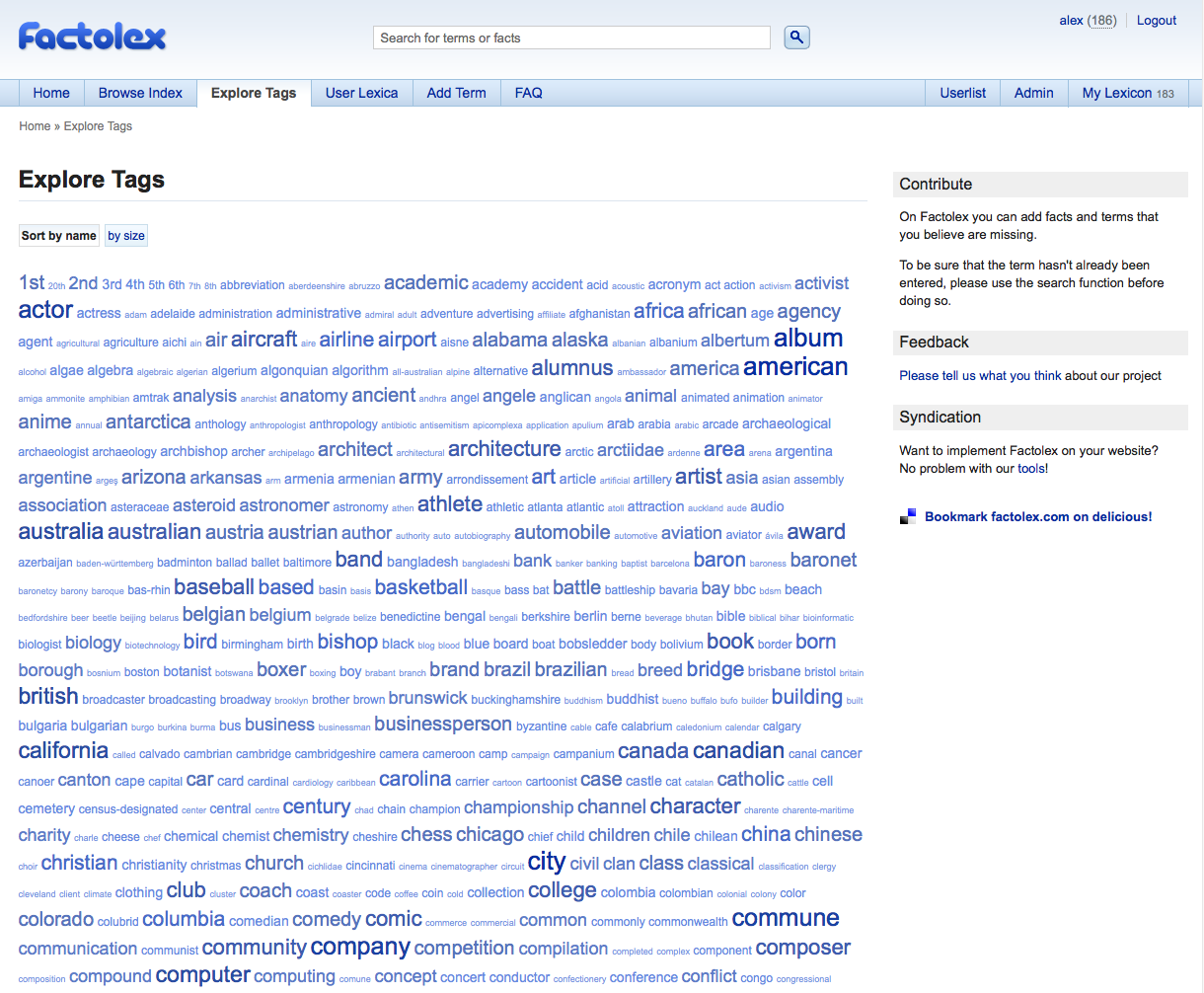 What's in it for you?